The discovery of the Dead Sea Scrolls in a remote Judean Desert cave in 1947 is widely considered the greatest archaeological event of the 20th century. Bedouin treasure hunters and archaeologists ultimately found the remains of hundreds of ancient scrolls. These fragile pieces of parchment and papyrus, including the oldest existing copies of the Hebrew Bible, were preserved for two thousand years by the hot, dry desert climate and the darkness of the caves where they were placed. The scrolls provide an unprecedented picture of the diverse religious beliefs of ancient Judaism, and of daily life during the turbulent Second Temple period when Jesus lived and preached.

Fragments of every book of the Hebrew Bible (except the Book of Esther) were found in the Qumran caves, the most famous of the Dead Sea Scrolls sites. Remarkably, some of these ancient copies are identical to the traditional text of the Hebrew Bible that is used today. 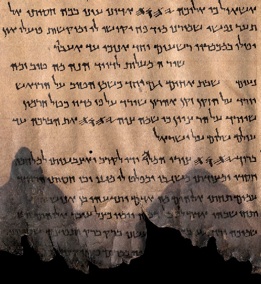 The book of Psalms (shown) is one of the best preserved biblical scrolls, containing 48 psalms, including seven that are not found in the standard Masoretic version of the Bible. An additional prose passage provides one of the most ancient references to King David as the composer of the book of Psalms: “and David, the son of Jesse, was wise, and a light like the light of the sun... And he wrote 3,600 psalms.”

This website uses cookies to improve your experience while you navigate through the website. Out of these, the cookies that are categorized as necessary are stored on your browser as they are essential for the working of basic functionalities of the website. We also use third-party cookies that help us analyze and understand how you use this website. These cookies will be stored in your browser only with your consent. You also have the option to opt-out of these cookies. But opting out of some of these cookies may affect your browsing experience.
Necessary Always Enabled

Any cookies that may not be particularly necessary for the website to function and is used specifically to collect user personal data via analytics, ads, other embedded contents are termed as non-necessary cookies. It is mandatory to procure user consent prior to running these cookies on your website.