In the image of God

Where it is written in the Book of Genesis, Let us make man in our image, (the Hebrew word for in our image is betzalmenu בְּצַלְמֵנוּ) after our likeness (בְּצַלְמֵנוּ כִּדְמוּתֵנוּ), note that the word image (i.e., tzelem: צֶלֶם) is from an unused word, which means to shade according to the Brown-Driver-Briggs Hebrew Lexicon, it derives from the word tzel (צֵל), which is the modern-day Hebrew word for shadow, which gives us a deeper understanding of btzalmenu, which means in our shadow. We were created in the shadow of God! 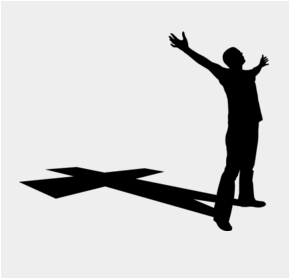 All of which suggests that we were originally created to cleave to, to literally stick like glue to God, as closely as a shadow does to its substance. And just as a shadow resembles its originating substance, so man was to resemble the reality of the Divine Presence in this world. Indeed the closer the object or person is to the light source, the bigger the shadow which is cast, and the further away the person or object, the smaller the shadow! The spiritual implication this teaches us is beautiful!

Created in His Image

The closer we are to our Creator, who is light, the bigger we will appear, and the more perfectly we will reflect Him! I am not talking about bigger in size or bigger in self-perception, but rather bigger in terms of Him and His qualities. The way we walk with Ha'Shem should reflect the way He walks. How we talk should reflect His talk. If we are to be in His likeness, we should be thinking and acting exactly the same as Him! If we do, people will see Him – and that is the point.

Yeshua only did what He saw Father doing. He only said what He heard Father say. He was indeed a perfect Son in the Shadow of Adonai. So too for us, where He goes, we should go. What He says, we should say. When He forgives, we are to forgive. When He loves, we are to love. This is what it means to be created in His Shadow.

The New Covenant reveals that the essential purpose of the redeemed life is to become conformed (σύμμορφος) to the image and likeness of Yeshua (Romans 8:29, 1 Peter 2:21). Just as we have borne the image of the man of dust, we shall also bear the image of the man of Heaven (1 Corinthians 15:49). The work of the Spirit is Messiah in you — the hope of glory (Colossians 1:27).

The question therefore is not:

Have you accepted Yeshua as your Lord and Saviour?

Does Yeshua live inside our heart and does His presence radiate to those around us?