The King James, or Authorized Version of the Bible was considered by many to be the only reliable translation and choosing a Bible involved simply choosing the binding and colour. Today, dozens of English translations are available. So, how do you decide which is best?

Firstly, there’s no one translation that’s the best. Even the writers of the New Testament books quote from several Greek translations of the Old Testament. Today we have no perfect translation, but there are a number which are very good. The real question is: Which is best for your particular needs? 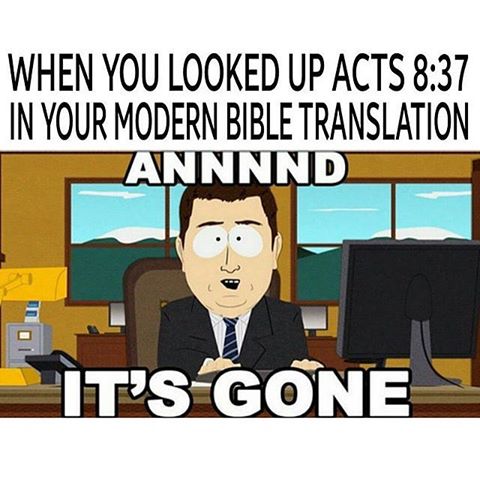 First of all, when it was translated in 1611, there were relatively few Hebrew and Greek manuscripts available and they tended to be recent and less accurate. In the 400 years since then, literally thousands more manuscripts have been discovered, ranging from small portions to complete copies of the Old or New Testaments. Many of these are very early and more accurate.

If you’re interested in studying the Bible, including grammar and vocabulary, you’ll want a more literal translation, like the English Standard Version, New King James, or New American Standard. However, it’s always good to compare several translations, especially for passages that are difficult to understand. If you’re interested in reading the Bible in large blocks, you’ll probably prefer a freer translations (not necessarily less accurate), like the New International Version, or even the New Living Translation.

Essentially a new literal translation that follows the tradition of the King James, American Standard, and Revised Standard Version. Published in 2001, it was developed by a translation team of over 100 scholars. Their goal being a very accurate, word-for-word yet readable translation.

Completed in 1976 — translated by Robert G. Bratcher and 6 other scholars. This very free, though very accurate, translation avoids the use of traditional biblical vocabulary and communicates especially well with youth and the unchurched.

Another new word-for-word translation that strives to be both literally accurate and readable. It’s not as literal as the ESV or NASB, but more so than the NIV. Published in 2003, it’s the product of nearly 100 scholars.

Eugene Peterson completed this a paraphrase of the entire Bible in 2002. Peterson takes great liberties with words in his attempt to effectively communicate both the original thoughts and tone of the Scripture. The result is a very earthy, informal language.

Completed in 1971, produced by 54 conservative Protestant scholars. It’s very literal in vocabulary and word order, although the resulting English is quite wooden. An Update was published in 1995 which sought to use more modern English while preserving the literal nature of the translation.

Completed in 1978, the it is a product of 115 evangelical scholars. Within a decade it became the best-selling English version. It combines contemporary, literary English with traditional biblical vocabulary.

1985 saw a revised and updated text and notes of the Jerusalem Bible of 1966. This version was translated by two Catholic scholars, is an elegant, literary rendering (perhaps the most poetic since the KJV). The notes reflect a modern, liberal perspective.

Released in 1982, involving 119 contributors, it updates the vocabulary and grammar of the King James Version, while preserving the classic style and beauty. Although it uses the same Hebrew and Greek texts as the original, it indicates where other manuscripts differ.

Published in 1996, it is a product of 90 Bible scholars from around the world, from various theological backgrounds and denominations. This is a very readable translation, while remaining more faithful to the original texts than the Living Bible.

You’ll be stunned by the depth of revelation this translation brings as it re-introduces the fire of the Bible expressed in ways that unlock the passion of God’s heart—unfolding the deep mysteries of Scripture. It’s accurate to the Hebrew, Greek, and Aramaic texts, but passionately powerful in a contemporary form.

Published in 1989 by the National Council of Churches, it revises the RSV of 1952. It eliminates much of the archaic language. It uses gender inclusive pronouns to replace male pronouns when the original writers meant both men and women. It doesn’t change masculine pronouns when referring to God.

The Narrated Bible presents Scripture (NIV) in chronological order to provide a fascinating tapestry of God's creation, judgments, love, provision, and mercy. An insightful descriptive narrative ties events together and draws you irresistibly into the center of action and a new understanding of the glory and power of God's sovereignty.

Reconnecting Christians with their Jewish roots and connecting Jewish people with the Jewishness of Messiah Yeshua and Messianic faith. Following the order of the Tanakh's books, with which Yeshua was familiar. Corrects misinterpretations resulting from anti-Jewish theological bias. Provides the original Hebrew names for people, places and concepts using easy-to-read English transliterations. 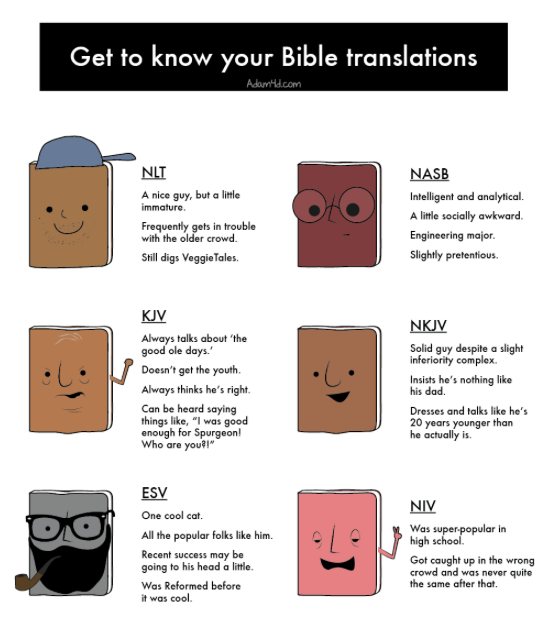 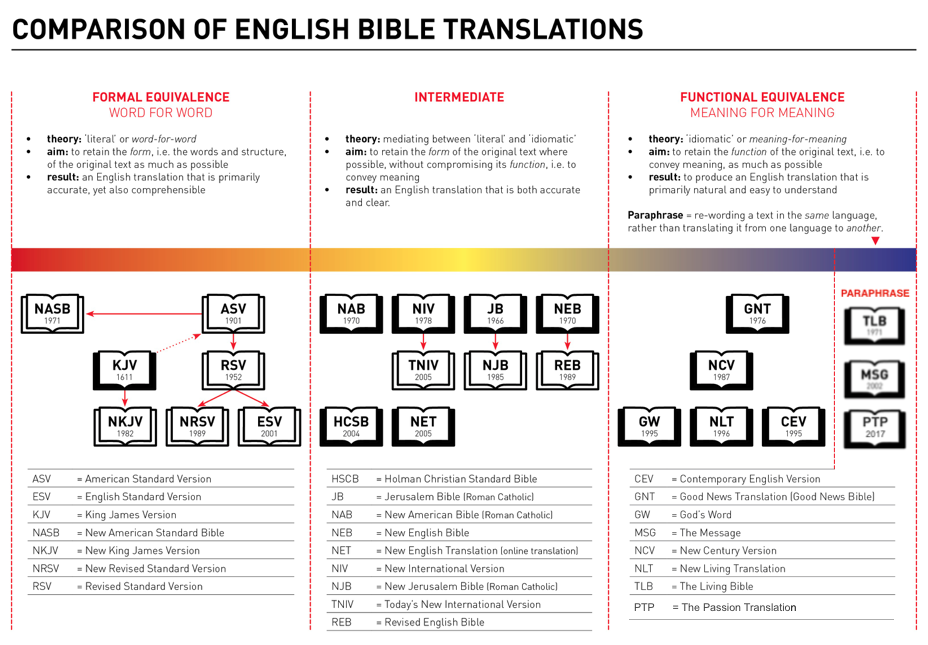